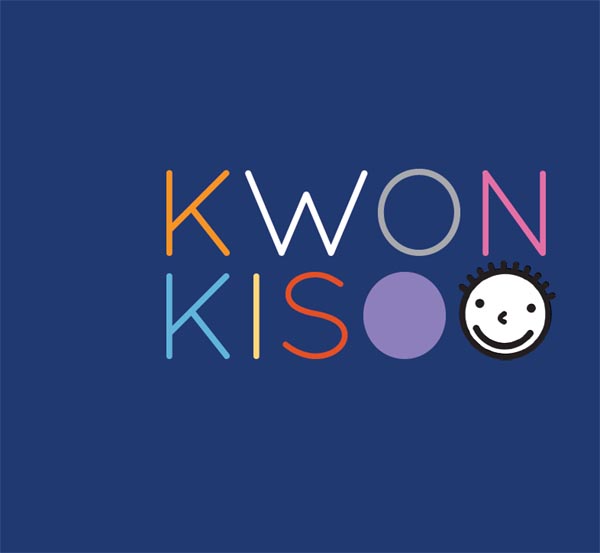 Flowers is pleased to announce an exhibition of new and recent works by renowned Korean artist Kwon Kisoo. The show
will run from September 10th through October 2nd, with an opening reception on Thursday, September 9th, from 6 to 8pm.
With a background in classical Korean painting from Hongik University, Kwon Kisoo creates graphic fantasies comprised of
Technicolor wands of bamboo, popping plum blossoms, and expanses of brilliant monochrome. Most of these works are
inhabited by a modern icon of his own creation: an alter ego named Dongguri.
A simplified line-drawn figure with an invariable expression, Dongguri has neither gender nor identity, and often appears
with an ‘emoticon’ army of similarly ambivalent smiley-faced clones. The artist frequently places this cartoon-like protagonist
within scenes that are discernible to the viewer as traditional Korean landscapes. In creating this temporal confusion, Kwon
instigates a dialogue between tradition and modernity, alluding at once to his characters’ historical displacement and the
impossibility of contextual and cultural erasure.
Born in 1972, Kwon Kisoo lives and works in Seoul. He has participated in exhibitions at The Museum of Contemporary Art,
Shanghai; The Mori Art Museum, Tokyo; The Busan Biennale; and The 5th Asia-Pacific Triennial of Contemporary Art.
www.flowersgalleries.com
FOR IMMEDIATE RELEASE:
KWON KISOO
OPENING RECEPTION
THURSDAY SEPTEMBER 9 6 - 8 pm
SEPTEMBER 10 - OCTOBER 2 2010
529 West 20th Street
New York NY 10011
T: + 1 212 439 1700
F : + 1 212 439 1525
For further information and images, please contact Brent Beamon: 212.439.1700 / brent@flowersgalleries.com 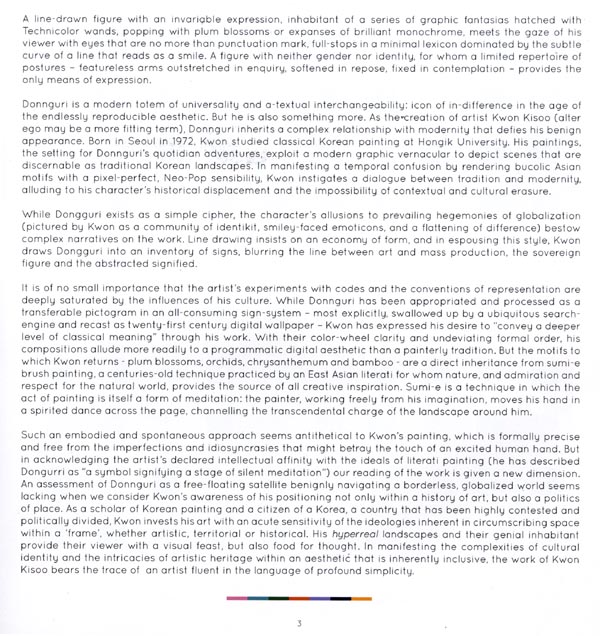